Anthony Joseph Zerilli, born October 24, 1927 in Detroit, Michigan to Giuseppi and Josephine Zerilli, passed away of natural causes while residing in his Weston, Florida home with his beloved wife, Rosalie.

His Legacy is carried on by his wife, five children and their spouses, sixteen grandchildren, one step-grandchild, and twelve great-grandchildren.

I did Contact John Wisely of the Detroit Free Press today who did a rather in-depth article on July 15, 2014 when Jack “Blackjack” Tocco died last year at the age of 87 and asked why not the same coverage on Tony Z. His response he didn’t even know he had died.

Seems a lot of people don’t know he died or have chosen to ignore it.

Deadline Detroit reported it on April 3 having gotten the information from Scott Burnstein who mans the website Gangster Report and who wrote the 2013 published book The Detroit True Crime Chronicles: Tales of Murder and Mayhem in the Motor City.

With my initial post knowing Scott Burnstein past inaccuracy’s from his book, I made a call to WDIV last week and the individual to whom I spoke with stated they reported the death.

Close sources of mine had told me Tony’s son who is a Fl. horse vet confirmed his dad did die.

Still I wonder why most of Detroit’s media didn’t make it any top story considering how much coverage across the country that a driveway was being dug up in 2013 on a witch hunt for Jimmy Hoffa did. I think Tony was having some fun with the FBI guys.

Tocco got several Obits who also died at 87. But again there seems to be a very dead silence on the death of Zerilli.

All I know is with Zerilli’s stature you would thought his death would have been in every publication of the news locally and surely would have made national news as well.

Tony seemed to slip out of the world very quietly.

At first I questioned the validity of the story until I made some calls and inquiries. As I stated from Scott Burnstein’s writings from his book and maintaining his website seems to not have a very reliable fact checker or doesn’t completely research on the things he writes about.

Contained with-in his The Detroit True Crime Chronicles: Tales of Murder and Mayhem in the Motor City is a very small part on Ed Wingate. Quoted from The Blueprint: Marzette’s Plan Ignites War also in the book.

“Around mid-1970, he invited nearly 30 of the city’s most respected wholesale dealers to a meeting at the 20 Grand Motel on Gratiot in order to pitch them on the idea. The 20 Grand was owned by a longtime local underworld figure and friend of Marzette’s named Edward “Big Foot Eddie” Wingate. Making an early fortune in the numbers business, Wingate owned a moderately-successful R&B music label and partnered with several Italian mobsters over the years in a variety of gambling ventures until his death in 2008.”

Well I placed a couple of comments on this on-line article that have remained awaiting moderation.

Fact 1: The 20 Grand (and The Twenty Grand Motel right next door owned by Wingate) was at 14th Street and Warren Avenue, not Gratiot. Asking, Where resources did you use?

I would think if your going to write a book and have it published, it would contain actual truthful facts. From just this alone I wonder what other shabby non facts are in the book. I mean if your going to rip a man whose not here to defend himself and the reputation he built as one of the most respectable Detroit businessmen as Wingate did and was I would think you’d better be able to back up these things and events that supposedly took place.

But nor The 20 Grand and The Twenty Grand Motel next door were ever on Gratiot. Same place all those yrs. 14th Street and W. Warren.

And involved with the mafia until his death in 2008? again the man died on May 5, 2006 not in 2008. Ed and his wife had lived in Las Vegas for years and it was reported by Susan Whitall writer for The Detroit News that Detroit entertainment lawyer Mike Novak said he was working with Wingate on a project just before he died. I don’t think the entertainment project would have included the mafia.

Quite contradictory from Scott Burnstein’s words who hasn’t even the venue in the right location or the dates right in his story concerning Mr. Wingate.

But I guess Scott has to make a living somehow, truth obviously doesn’t seem to matter or weigh in upon the writings. After reading all this garbage it was no wonder I questioned him as a viable resource to somebody’s death.

In regards to Mr. Zerilli I can say one thing, Tony Z & Blackjack were the best owners Hazel Park Raceway ever had. That track ran like a fine machine once built meticulously. Not like the dump it became once in the hands of Hartmen & Tyner.

In any respect my condolences to Anthony Zerilli’s family, he might have made news throughout his life for all the wrong reasons but I know from the race track he helped build and run, he sure as hell did a lot of good things as well.

At 87 at least he got to enjoy some yrs. past the prison stint. 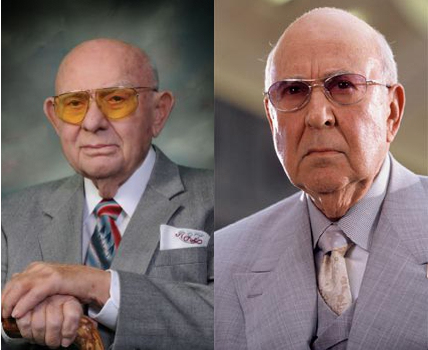