This is your 2013 DETROIT TIGERS ALDS CHAMPS FOR THIRD STRAIGHT YEAR. Click It!!! 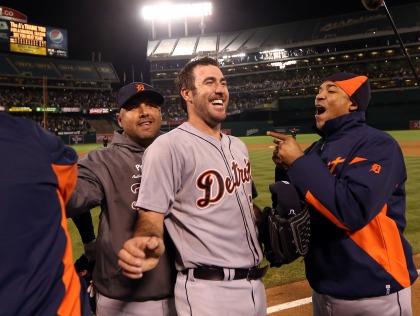 Our 2011 MVP showed why he was the MVP by shutting out the Oakland A’s 6 zip with 11 K’s and allowing only 4 hits. And the rest of the team did what they did best, fighting hard with the bats that chased down Chicago then surpassing them at the end of the season to win the ALCD title.

Right now I WANT THE YANKEE’s!

And why? So we can clean their clocks like we did in 2006 to take the Pennant.

And because the sports media just automatically assumes and expects their prestigious New York team to consume everybody else. That’s all they talked about during that series and that’s all they’ll talk about again if they beat Baltimore.

All network announcers whom ever will be broadcasting.

Well all I can say is Tigers Devour their prey, don’t expect anything different in 2012 then 2006.

And if Baltimore?….We know how much big cats love their little birdies. LOL 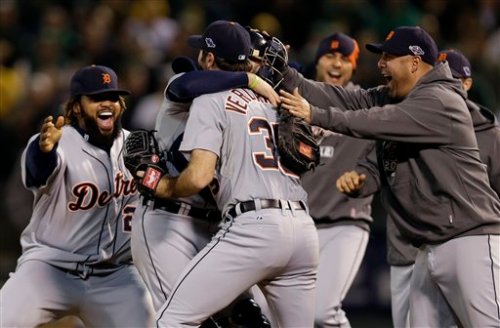 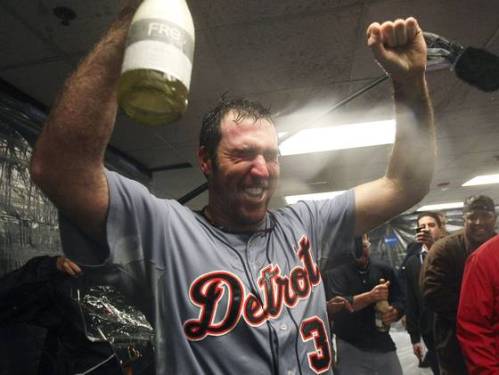 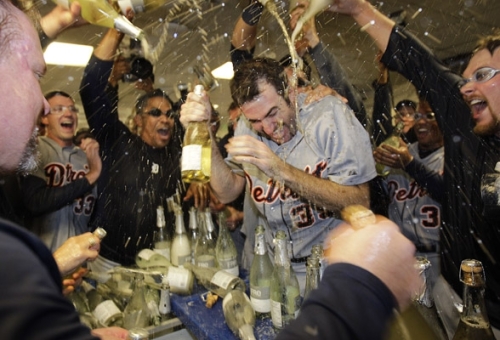 This Whole Team Is “Everybody’s Everything”. 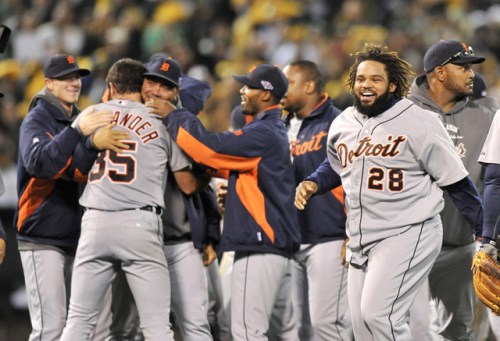 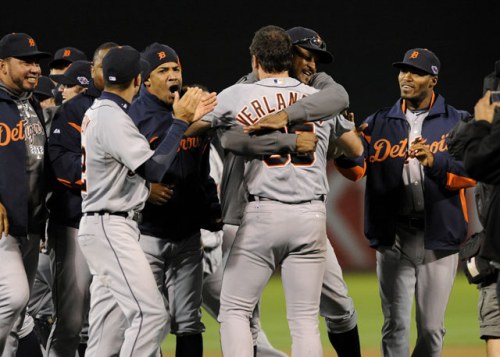