This Band unfortunately have never really gotten their due and I have absolutely no Idea of WHY?

If this were the late 60s – Early 70s this three-piece band would have been a Power Group like Grand Funk Railroad. But that’s the sad part isn’t it?

These brothers weren’t even born yet but got their first taste of real success when their first single ” Heaven ” came out in 2004 and became a hit. In 2005 the song won a Grammy. In 2006 this song playing ” Onda ” and ” More than Love ” were both nominated for Grammys. The guitar playing of Henry Garza ( Born in 1978 ) is phenomenal and as far as I’m concerned has not gotten the recognition he truly deserves. Brothers JoJo ( Born in 1980 ) – Bass and Ringo ( Born 1981 )  – Drums also are as talented. All three also have some mighty sets of pipes. Honestly in this day in age I just don’t think their music literally fits into a particular category basically because they are so Blues Based. Their combination of Blues, Rock, Latin would have tore up and down any venues they played about 40 years ago and would have gotten the reviews and popularity they deserved. But in 2004-10 truth is nobody recognizes true talent anymore. We’ve got shit called Rap that possesses no talent at all, all you have to know is how to swear.

So when a band comes along like Los Lonely Boys nobody seems to know where to place them. They’re too new to be considered on Classic Rock- n-Roll stations. Even the Blues stations which are mostly College or Public based Stations seem to stick with older Standards. There is no doubt this band has followers and fans who await their concert dates. But in my opinion this group deserves much more Rave. Onda reminds me of the Woodstock Generation of Bands that just JAMMED. Muse of honest and true substance. You can hear the blends in Guitarist Henry Garza playing from styles of the greats. Hendrix, Duane Allman, Dickey Betts, SRV, Carlos Santana but when done he has succeeded to create his own unique sound.

Santana had six members, but somehow Los Lonely Boys manages to get a 6 member sound out of just 3 of them. To me Onda is the Soul Sacrifice of 1967. All three of these brothers are way beyond just talented. In this decade of no Talents, these guys emerged and nobody knew what to do with them.

They have had two self released albums in 97 & 98. And when Epic signed them their Debut Album in 2004 self titled Los Lonely Boys took off, but not nearly as much as it should have from there. 2006 & 2008 produced two more albums and in 2009 they signed with Texas Based Playing in Traffic Records also where this Band originated from produced an Album 1969. The album from the name tells you they paid homage to the year and the Musicians of that time period.

Los Lonely Boys are about as note worthy of bands as they come. And Onda just gives you one Taste of many of the songs they’ve composed. Hope to hear a lot more from this band in the upcoming years.
~ 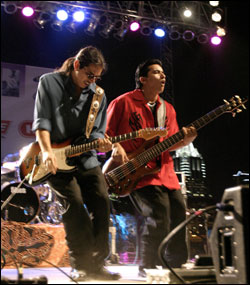 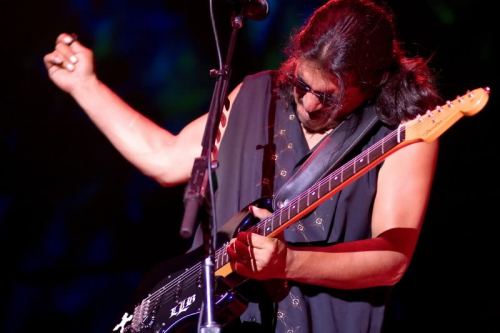 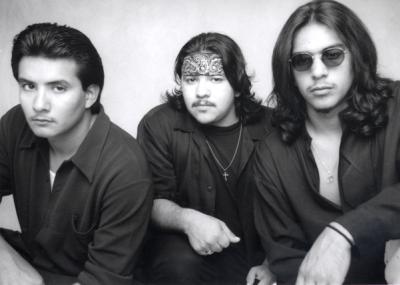 Man Dig in, Discover and Enjoy.

5 responses to “Jam of the Week ~ Onda ~ Los Lonely Boys”