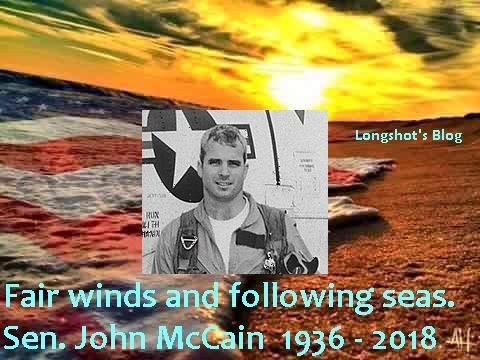 My Dad also having served in the Navy in WWII knew the meaning all too well. May the journey be smooth and comfortable and no one deserves it more than a man who spent five and a half years as a POW.

He could have been released sooner after being captured, hell they wouldn’t even properly treat the wounds he sustained from the crash two broken arms, one broken leg let alone the ones they inflicted, stabbing him, until they found out he was an admiral’s son. Only then and only for the reasons to use him as a pawn but McCain wasn’t having it. He stated until all those who were held captive before him were released first he wasn’t going to go against the Code of Conduct.