You have served us well and if those that celebrated that night yet now call you the worst president they are Hypocrites.

END_OF_DOCUMENT_TOKEN_TO_BE_REPLACED

Where was the USA Representation in France’s Soladarity Rally Sunday?

When you can get Israeli Prime Minister Benjamin Netanyahu and the President of the Palestinian Authority Mahmoud Abbas to attend and march in unity with all the bad blood between the two at war with each other, joining 50 world leaders along with millions of people. I can’t be the only one asking where in the hell was President Obama?

Ukrainian President Petro Poroshenko and Russian Foreign Affairs Minister Sergei Lavrov. One obviously knows the history between these two countries as well, but they were there.

My God, Attorney General Eric Holder was there for a meeting and he wouldn’t even join in the march with the other heads of State. The lone person? Ambassador to France Jane Hartley and who would know of her?

END_OF_DOCUMENT_TOKEN_TO_BE_REPLACED

You Still Want To Get Rid Of FEMA MITT ROMNEY?

This living in an Ivory Tower all his life man is running for President of a country. Our country The United States Of America. Yet this man could care less about the citizens who live here.

Does he honestly believe that the State’s or some Private Sector could handle the monstrous disaster not only financially that Hurricane Sandy reigned upon all of these millions of people but the personal side of what they are now going through. And will be going through for some time to come?

My God, Mitt Romney is beyond clueless. In fact he lives in such unreality it’s frightening.

On TV Tuesday carrying cases of water. You really think he gives a rats ass?

This spoiled little rich brat never had to do anything in life he didn’t want to do. I cannot stand to look at this phonies face or listen to the sound of his voice.

Always with that deranged smile on his face.

He lives in the land of oz. The people who lost homes, businesses, loved ones whose lives have been turned upside down live the Storm. You really believe that Mitt Romney will look out for your best interests. In time of trouble as this?

He wants to get rid of FEMA. Where in the hell where you now be without their help. If this doesn’t open up your eyes nothing will.

Facts and reality being played out before your very eyes.

You people had better think and think hard.

Last night, the President declared major disasters for New York and New Jersey, making disaster assistance available to those in the heaviest hit areas affected by the storm. Individuals and business owners who sustained losses in the following counties in New York and New Jersey can begin applying for assistance by registering online or on your phone at http://www.DisasterAssistance.gov:

Mitt Romney Is A Liar. No It Was Not The Same What President Obama Did On Auto Industry. He SAVED THE JOBS.

No President Obama Did Not Just Let Us Go Bankrupt, he Aided Us So We Kept The Jobs And Now Have Added Even More. The Industry Survived, The Jobs Survived And We Have President Obama To Thank For It. Mitt Romney Said LET THE AUTO INDUSTRY DIE. Period.

I attempted to re-blog Mitt Romney Said F’ The Big 3 and Let Detroit And The State Die! But Now He Wants Your Vote Michigan. But WordPress picked the autoplay video as the Caption instead of the intro words applied.

Romney trying to sugar coat all this. All these jobs??? More than a Million of them? He said let them all go down the drain, yet he bases his run for Presidency on the Economy. He was against and said NO to the Auto Industry’s Bailout. It was good enough for Wall Street but not WORK STREET.

And because of it Michigan and Ohio Survived.

Preview to his Presidency if Elected.

Unless you’re a Banker or Rich I Mitt Romney will promise to KILL YOU OFF.

Then he has the audacity to actually state in this latest debate that President Obama did the same as he was suggesting. REALLY?

Every General Motors & Chrysler job would have been lost without some assistance while they went through Chapter 11. The only very distinctive difference is JOBS didn’t go down because President Obama made sure that Work Street got the same break as Wall Street.

And he’s running promising MORE JOBS when he in essence was against any help at all to keep all of the US Auto Industry’s. Give me a F’N Break Here.

Well now he wants all of AMERICA’S VOTE. Does this LIAR DESERVE IT?

END_OF_DOCUMENT_TOKEN_TO_BE_REPLACED

Hank Williams Jr. Puts A White Sheet and Hood On For America. Can His MNF Intro For Good ESPN.

I want him off of Monday Night Football forever.

There would be no way in my mind that these words could ever be apologized for. Williams already attempted to do exactly that after ESPN pulled his intro spot for last night’s Monday Night Game. Saying in part: claiming he was simply “misunderstood” when he compared Barack Obama to Adolf Hitler.

Then added “Every time the media brings up the tea party it’s painted as racist and extremists – but there’s never a backlash – no outrage to those comparisons.

Gee Hank I wonder why? Your words seemed pretty self-explanatory.

END_OF_DOCUMENT_TOKEN_TO_BE_REPLACED

I don’t know maybe it’s me but you call this a Journalist?

This was Associated Press Mark Smith’s description of the event. And from this idiotic ignorant writing very unbecoming of real honest to God journalism, it sounds with crystal clear clarity to me that Mark S. Smith has a definite problem.

END_OF_DOCUMENT_TOKEN_TO_BE_REPLACED

James Hoffa Speech Was Damn Right! And now The Tea Party & their GOP networks are crying. 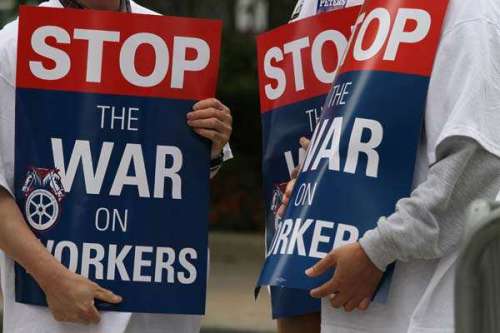 END_OF_DOCUMENT_TOKEN_TO_BE_REPLACED

Sacrificing the Lamb only no sin has been committed other than by the Republican Party.

Halting the Bush tax breaks for 2% of the Richest Americans could have balanced the budget.

END_OF_DOCUMENT_TOKEN_TO_BE_REPLACED

You can talk about the Obama Presidency All You Want.

END_OF_DOCUMENT_TOKEN_TO_BE_REPLACED

President Obama signed the Small Business Jobs and Credit Act of 2010 into law Sept. 27, the American Horse Council (AHC) reported Sept. 28.  The bill is intended to help small businesses and create new jobs. The bill continues the bigger write-off for horses and other property purchased and placed in service by a horse business that were originally included in earlier stimulus bills.

END_OF_DOCUMENT_TOKEN_TO_BE_REPLACED

PEOPLE GOING BERSERK OVER OBAMA’S REMARK ON MOSQUE. HOW ABOUT ABOUT N.Y. MAYOR MIKE BLOOMBERG?

Seems to me the 10th richest man in America and Republican ( at least for the last 6 years anyway ), Mike Bloomberg a Jew was the first one fighting and giving support to this Mosque being built on Ground Zero.

END_OF_DOCUMENT_TOKEN_TO_BE_REPLACED

BP NEEDS TO BE CHARGED WITH MURDER

This is just another way Mankind has destroyed this earth. END_OF_DOCUMENT_TOKEN_TO_BE_REPLACED

For being that regular JOE.

END_OF_DOCUMENT_TOKEN_TO_BE_REPLACED

WHY IS DICK CHENEY REALLY MAD? BECAUSE THE PLANE DIDN’T BLOW UP

WHO IS HE KIDDING?

CHENEY AND TERRORISTS HAVE A LOT IN COMMON.

Both praying that AMERICA gets hit again. But Cheney praying more.