Yesterday March 21, 2013 Detroit’s own got their due by Hollywood’s Walk of Fame. Our treasures, musicians, sound, style, epitome of the definition of Instrumentation. 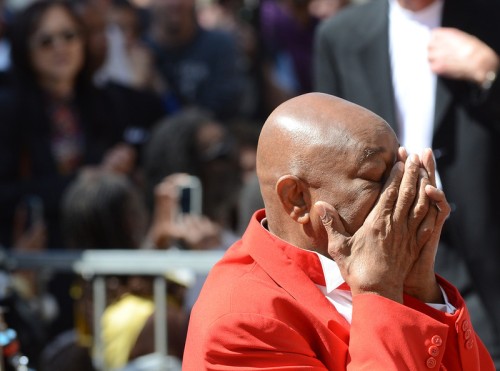 Surviving members Eddy Willis & Jack Ashford attending this honor. Joe Messina who has been said to be sick viewed the ceremony via a live stream from his Detroit suburban home. To me this should have been done long ago and about time!

Because what you heard on every single one of the Motown Hits you was the music behind the vocals and they were simply called The Funk Brothers. But what a sound they created. No one on this earth could ever duplicate them if they tried.

The were not only Detroit’s legends they were the worlds. They were musics magicians. Extraordinary talents each and every single one of them. And if I repeat myself more than one time on this blog so be it. It cannot be said enough times

This blog will honestly reiterate one I did honoring them on Jan. 2, 2012. Only I switched up what video auto-played. You will be hearing almost 4 hours of ex-tended Motown that features the artists and the music. (sadly already removed by YT)

13 Names….13 of the most outstanding individuals who ever created the most recognizable sound around this whole world totally together.

The Motown Sound and Epitome of Class.

END_OF_DOCUMENT_TOKEN_TO_BE_REPLACED

Way before The Silver Bullet Band Bob Seger Rocked. Earliest recording I remember went back to The Last Heard and 1966’s “East Side Story”, “Persecution Smith” and what would become his signature song for all time “Heavy Music” in 67′. Then it went on to The Bob Seger System. This man never stopped, he only got better.

END_OF_DOCUMENT_TOKEN_TO_BE_REPLACED

These Musicians were MOTOWN.

They alone gave the artists the Muse to make it complete for a sound that would be recognized and known around this entite world as, Motown.

Detroit, Michigan had it all and owned the sound.
It was “MOTOWN” and it was ours.

I’m proud to make The Funk Brothers my first Motown Monday of the New Year dedicated to the greatest group of musicians ensembled.