And it is all BULLSHIT.

Both the Newspaper and flip side on WXYZ are making Bob Ficano out some devious schemer when he’s anything but. Let’s get something straight here on both of these news media outlets including the Free Press quoting some off the wall right-wing source ( Mackinac Center for Public Policy, Michigan Capitol Confidential ) that Michael LaFaive of the Mackinac Center is apart of. I addressed these group long ago when nothing but bashings of this Race Track were constantly being bombarded on.

Yet The Michigan Capitol Confidential eventually came out with was a very accurate article WHY Pinnacle never had a chance from the beginning.

The state of Michigan and Wayne County showered millions upon millions of tax dollars on the Pinnacle Race Course in Huron Township in 2008. The track was seen as the start of a tourist attraction that would draw fans from surrounding states and Canada, create thousands of jobs and generate millions in state revenue.

Yet state legislators and state government roadblocks were damaging the very project they were pumping millions of dollars of incentives into, leading to what one expert called a “schizophrenic behavior.”

END_OF_DOCUMENT_TOKEN_TO_BE_REPLACED

More Lies From Richard Kalm of the Michigan Gaming Control Board

END_OF_DOCUMENT_TOKEN_TO_BE_REPLACED

RICHARD KALM OF THE MGCB JUST SAID A MOUTHFUL. New casino opening catches many off guard.

END_OF_DOCUMENT_TOKEN_TO_BE_REPLACED

PINNACLE RACE COURSE IS BEING HIJACKED BY THE MGCB: MICHIGAN THOROUGHBRED HORSE RACING HAS GENERATED $5,594,667.00 current fiscal year off 3.5% Simulcast Tax. But Threatens to Shut Pinnacle Race Course Down Today at 12 NOON Unless WE PAY THEM $57,000 MORE. THIS IS A CONSPIRACY.

PAY RANSOM OR ELSE?

END_OF_DOCUMENT_TOKEN_TO_BE_REPLACED

Enraged is the only word to describe this horror story. But what infuriates me even more is that Animal Control visited this farm several times over a month ago. One horse was so emaciated it couldn’t be even saved. 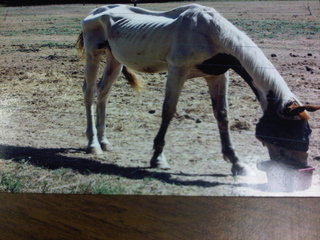 END_OF_DOCUMENT_TOKEN_TO_BE_REPLACED

All Mi. Horse Tracks about to be SHUT DOWN.

And yet not one word on our LOCAL MEDIA NEWS STATIONS.

But the Free Press did do an article on The Hannahville Indian Community, who wants to put up a casino in Romulus.

On November 5th because of the Veto of funding to the ORC which in reality was already dissolved by Governor Granholm. Because of lack of money for racing officials. ALL 5 MICHIGAN HORSE TRACKS WILL HAVE TO CEASE OPERATION. That means ALL Simulcasting & Live Racing.

And yet the only Media coverage I’ve seen is on links below. Out of Mid/Mi.