It’s hard to believe out of all the hits that this duo of Bill Medley and Bobby Hatfield had only two singles reached #1 just twice on the US billboard 100 and once in the UK. The 1964 hit “You’ve Lost That Loving Feeling” is still the most played record in radio history. And crossing over to the #2 spot on the R&B charts set them in stone as the kings of Blue Eyed Soul.

END_OF_DOCUMENT_TOKEN_TO_BE_REPLACED

Tagged as "(You're My) Soul and Inspiration", "Hung On You", "Just Once In My Life", "Little Latin Lupe Lu", Barry Mann, Bill Medley, Blue-eyed Soul, Bobby Hatfield, Cynthia Weil, Music History, Phil Spector, Pop, R&B, Song of the Day, Songs of the Day and Night, the 1960s, The Righteous Brothers 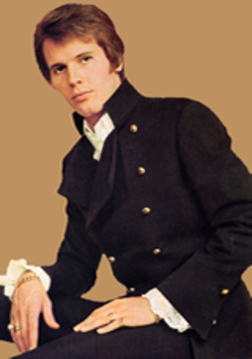 END_OF_DOCUMENT_TOKEN_TO_BE_REPLACED

The Rationals ~ I Need You ~ Song of the Day