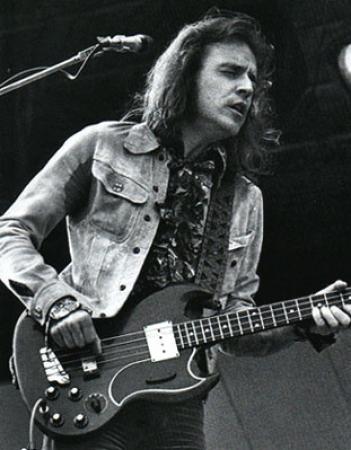 In memory to this prolific singer, bass player, song writer/composer and figure that came out of the 1960s psychedelic scene. Jack Bruce.

END_OF_DOCUMENT_TOKEN_TO_BE_REPLACED

This Queen of Rock would have been 70 now. One can only wonder how much more she would have contributed and became had she lived beyond 27. Sadly a further explosion we never got to experience.

And why she was also called Queen of just Psychedelic Blues? It might have been the era, but this lady was 100% good old-fashioned low down dirty Mother F’N Blues. To me “Work Me Lord” was a Masterpiece.

Pipes, Talent and Real but all so alone.

One song on this album would ultimately define Janis for the song she sang was really about herself, Little Girl Blue.

END_OF_DOCUMENT_TOKEN_TO_BE_REPLACED

The beginning of Van Morrison’s career. Of course many will just remember hits like “Gloria” & “Baby, Please Don’t Go” from 64′ & 65, then Morrison quit in 66′. From my view it was only then Them became quite interesting. In reality there were two ” Them’s” when band-mates broke apart. So then there was ” The Other Them”.

But this album and song were THEM.

END_OF_DOCUMENT_TOKEN_TO_BE_REPLACED

Wednesday ~ “Wake Me Up In The Morning” ~ Big Brother Ernie Joseph

This band is not associated with the wider known Big Brother Holding Company.

This band consisted of brothers Ernie, Colt & Ruben Orosco all going by different stage names with drummer Steve “D” Dunwoodle. Ernie was the oldest and was a part of prior bands: The Giant Crab & Ernie and the Emperors with different members before joining his brothers in 69′.

On this particular song I get a feel of a bit of “Traffic”. Nice laid back sound.

All the brothers were also multi instrumentalists.

Frankly their vocals and playing among other psychedelic era bands of that time were great and should have been wider known. They definitely held their own and seemed to play and open for some of the best acts of the day but always remained a California cult. Yet still touring today as the Brian Faith Band.

Anyway “Wake Me Up In The Morning” caught my attention with more than a worthy listen and a lot more recognition proving there were a lot of hidden gems.

“In this world confusion lies within the hearts and minds..
The headline say’s no peace today with other games to play…”

END_OF_DOCUMENT_TOKEN_TO_BE_REPLACED

And people thought that it was some magical mystery tour that had brought the mid 60s into another realm. So untrue for their were so many bands that had already made the music but didn’t have the name or the backing. Therefore they became sad casualties in the frantic ever-changing music business. Forming in Riverside, Ca. this band moved to London very early on before the British Invasion had even happened here. They had only released 7 singles (one album side to “Before The Dream Faded”) there before deported (long story via drafts, without working papers, more drafts, France, etc…) back to the States.

The group already had made their mark with “I Can Take You To The Sun” and “Children Of The Sun” in 66′ that would top the list of best psychedelics songs ever. Then they were forced to disband in 67′.

Creem magazine in their September 2004 review, wrote “The saga of the Misunderstood is one of the most unbelievable, heartbreaking, and unlikely stories in the entire history of rock.”

END_OF_DOCUMENT_TOKEN_TO_BE_REPLACED

Tagged as 1960s Psychedelia, Acid Rock, Glenn Ross Campbell, I Can Take You To The Sun, John Peel, Never had a Girl like you Before, Psychedelic Rock, Psychedelic Rock/Blues, Rick Brown, Rick Moe, Steve Whiting, The Misunderstood, Tony Hill

Friday At The Fillmore ~ “At The Mountains Of Madness” ~ H.P. Lovecraft

Written by George Edwards, Dave Michaels, Tony Cavallari
Recorded May 11, 1968 at the Fillmore West.
Released in 1991

Why it ever took so long for this material to be released is beyond me. This band formed in Chicago in 1967 but soon went to the San Fran scene and fitted in perfectly with the psychedelic happening of the day. They became very quick favorites of the hippie masses and performed and toured with every major act known then.

END_OF_DOCUMENT_TOKEN_TO_BE_REPLACED

Can still remember sitting in one of my friend’s room listening to this when the album came out, we had to listen to it low.

In 68′ we were 11-years old wishing we were older and out in San Fran Haight/Ashbury with the real hippies. We turned into the latter ones in 70/71′.

END_OF_DOCUMENT_TOKEN_TO_BE_REPLACED

Friday At The Fillmore (sort to speak) ~ “Spoonful” ~ Cream

Eric Clapton, Jack Bruce & Ginger Baker took this Willie Dixon song to the most explosive level a band could take it. And it was this Winterland Ballroom performance which also included “Crossroads” that would forever set in stone as being the group’s best ever live recordings.

END_OF_DOCUMENT_TOKEN_TO_BE_REPLACED

On Monday I started with Detroit’s Bob Seger’s rendition.

Bobby Bland got first strike with this song, but never did he do it like the Grateful Dead who got second strike in 1966. And certainly not what turned out to be the jam of a historical proportion with members of The Allman Brothers Band & Fleetwood Mack joining them on stage.

END_OF_DOCUMENT_TOKEN_TO_BE_REPLACED

In reality this was my favorite song out of all the hits from “The Shirelles” and there were a lot of them. And nobody could have repeated their exact rendition as good.

But when the summer of love in 67′ exploded and the tide turned once again with the arrival of the hippie generation, there was one group that put their own arrangement to this song in 1969 and it seem to come out with the same perfection as the original for its day.

END_OF_DOCUMENT_TOKEN_TO_BE_REPLACED

Friday At The Fillmore ~ Pentangle

Sadly there’s not one single video or audio from their Feb. 7th, 1969 performance at the Fillmore East show. Billed along with Canned Heat that night I guess nobody bothered to record anything and not the first time as with other performances there by many. Or to date nothing has come out. But this is more than a worthy group to highlight.

The guitar work from both Bert Jansch & John Renbourne are captivating. Jacqui McShee vocals remind me a lot of Joanie Mitchell.

END_OF_DOCUMENT_TOKEN_TO_BE_REPLACED

Friday At The Fillmore ~ Magic Bus ~ The Who

The first North American 1969 Tour (six weeks) actually kicked off at Detroit’s Grande Ballroom in May ending with one of two shows at The Fillmore West on June 19. It was to promote their “Tommy” album.

END_OF_DOCUMENT_TOKEN_TO_BE_REPLACED 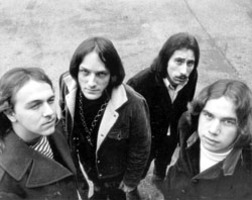 END_OF_DOCUMENT_TOKEN_TO_BE_REPLACED

Written by? Somebody in the 16th-18th century. It is an old traditional folk song recorded by multitudes of people along the way from the 1930s through mainly the 1960s.

The Animals struck the first commercial success with the song in 1964.

5 years later Detroit’s Frijid Pink released their 1969 arrangement of a more striking psychedelic version that got them Gold reaching the top 10 of U.S. Billboard Hot 100 with over a one million copies sold. It also reached number 4 on the U.K. singles chart.

END_OF_DOCUMENT_TOKEN_TO_BE_REPLACED

Ah the Internet issues resolved so better late than never.

Besides it’s a Late Show!