In memory of one of the most influential virtuoso’s of Spanish Flamenco Guitar that ever lived. On Feb. 25, 2014 his being left us but through a catalog of music a mile long from 1964, you will experience his spirit forever.

My first taste I got of this man’s talent was in 1976 when he played on Al Di Meola’s Elegant Gypsy. When I heard Mediterranean Sundance I absolutely flipped. I had never heard such acoustical precision like that in my life. It was Paco’s “Río Ancho” that was fused into the song.

But unlike Di Meola who dipped into different fusions, Paco de Lucía who also crossed over into the classical & jazz realms his sound managed to stay completely enjoyable to his roots. All variations had that epic Spanish history to everything he played. He was on his own level yet played as if he created the musical atmospherical equivalence and I mean that as a storm, thunderous and awakening.

Such a sad loss at only 66 years old. I’m sure there will be tributes upon tributes to this exquisite player.

Heaven is dancing as Paco has taken his place.

Our hearts will see you through the beauty of the music you left us with. God’s greatest gift. 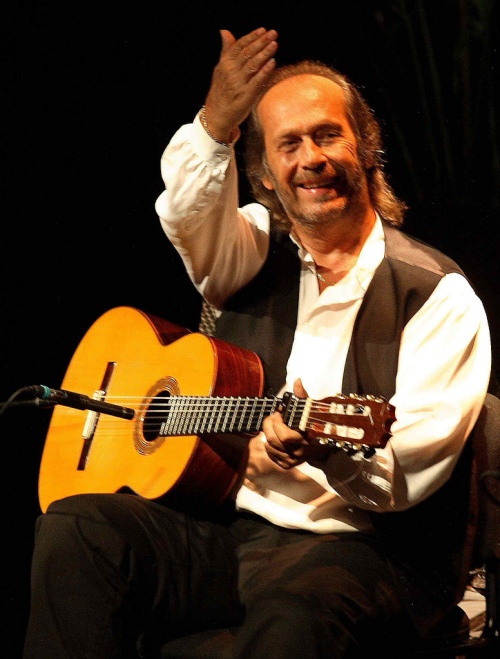