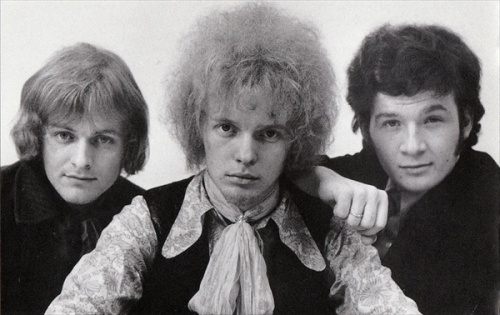 Copenhagen’s equivalent to the Power Trio’s of Hendrix’s Experience and Cream and fared very well as the Danish’s first psychedelic progressive blues band of the day (in reality labeled them their first super-group but there were a few others). Bands that followed them gained more notoriety by getting their records released in Britain & the USA by way of major labels where Young Flowers hadn’t.

They got bluesier and put out three albums before disbanding in 1970.

Written by Young Flowers.
Released in 1968 off the album Blomsterpistolen (“Flower Pistol”).