Unions should have the backs of those who don’t want to pay union dues? I Don’t Think So. Michigan’s Governor can go F’ himself.

This matter has beyond infuriated me. So our Republican Governor here in Michigan Mr. Asshole Snyder thinks that people should have the right to work at a job that has a union and not have to join it as in paying dues. Yet at the same time enjoy that unions benefits that others are paying for.

My God, the Hypocritical Right Wing at its best. Talk about ENTITLEMENTS and people who want something for FREE.

The Right To Work.

I have another name for this title:

The Right To Freeload off the Unions Backs.

All while trying to take down the union. And now as of Friday and Saturday the unions are holding civil disobedience training. You know what I say screw that, this is the time to take it all the way back to the ASS KICKING DAYS. The flat-out brawling even way before the Jimmy Hoffa days. The very beginning when the workers stood and fought for NO MORE SLAVE LABOR.

And anyone who doesn’t want to Pay Their Dues for the blood that was once shed so human beings could be treated as such for fair wages and these precious benefits should STAY THE FUCK OUT OF PLACES WHERE WORKERS WHO ARE UNION AND ARE PROUD TO PAY DUES TO BE PART OF THAT HISTORY.

It is unbelievable and inconceivable to me that the party who cries the loudest about people who think they should be entitled to things are now voting to give people exactly that.

Hell No Civil Nothing. These Republican are showing no civility to these union workers, so why in the hell would the unions want to show them anything different. They don’t deserve the respect.

You want to talk about COMMUNISTS.

The Country’s House Republicans are determined to drive this entire country over the cliff come hell or high water in January because they refuse to give up what Bush gave their filthy rich. TAX BREAKS

President Obama was too busy playing nice when the Democrats had control over both the House and Senate. Those tax breaks should have expired Jan. of 2009. He F’D up.

How in the world can you call letting those breaks expire RAISING TAXES on the rich is beyond me. But you better believe they would rather let Social Security and Medicare expire, something they call ENTITLEMENTS that people worked for all their lives before they will agree to let Billionaires who were given these breaks go back and finally again pay their fair share.

No they would rather put this entire country into another recession then point the finger and say LOOK what a bad President Obama is.

Got news for you, Republicans will bury themselves in 2016 and beyond.

Communists one and all, they want to hold everybody hostage. And we talk about China???

The hell with CIVIL DISOBEDIENCE. This is the time for all the gloves to come off because I’ll tell you something people, only you can fight for YOU. They don’t give a damn. Snyder wants Unions Gone, Detroit under his control and they want SLAVE LABOR AGAIN TO RULE EVERYBODY.

Then turn around and give the biggest ENTITLEMENTS by voting for The Right To Work.

For the right to let people get ENTITLEMENTS from the very unions they are trying to break. SCAB WORKERS who don’t want to pay the dues of joining the union but will still have the benefits of workers who do.

People died fighting a long time ago in history for the right to finally form unions so they couldn’t be used as slaves for big corporations to get rich off their sweat anymore. And now the Republicans want these people to return to the same.

Isn’t it strange that the same thing Republicans in Washington will let happen to this entire country in Jan. an argument over people receiving too many ENTITLEMENTS, vote for the same thing in separate states to give exactly that.

Republicans give THEIR ENTITLEMENTS to whom they want. The very Rich and SCAB workers to break up the BACK BONE OF AMERICA.

You see very little expletives in my blogs but this subject matter is beyond self-control. And that is what Unions all over the Metro Detroit area are teaching tonight.

And I say Bullshit to that as well.

I’d come out swinging Tuesday with everything within my might because it was learned long ago. In this lifetime you have to fight for what is yours. And I’d put some fear into those individuals who think they can ride off your backs for free. Something the Republican Right seems to hate unless they can use it to their advantage to break and damage the foundation of who really built this country.

They want to turn back the clocks and bring this all back to the old days, I’d give it to them. 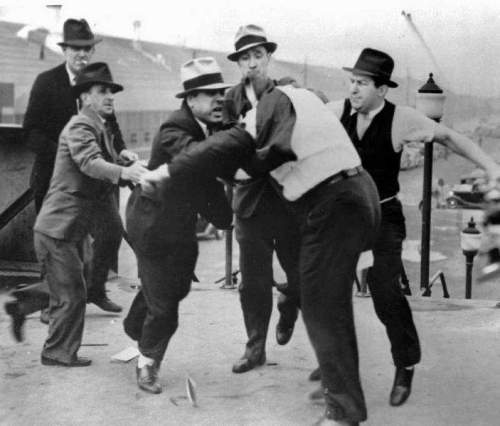 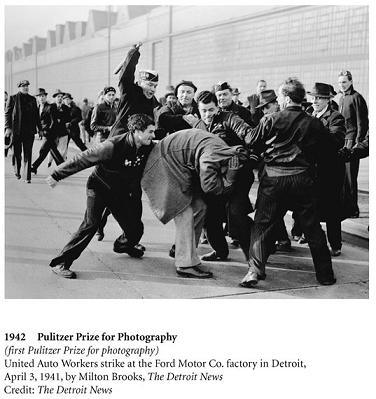 They Beat Us Down Once….. 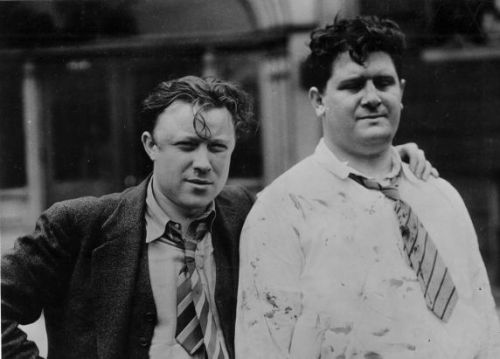 Walter Reuther and Richard Frankensteen shortly after being attacked by Ford Service men during the “Battle of the Overpass.” The men were beaten for distributing United Auto Workers leaflets outside of the Ford Rouge Plant, Dearborn, Michigan, 23 May 1937.

We Fought Back and WON!

THE REAL RIGHT TO WORK _ FOR FAIR WAGES. 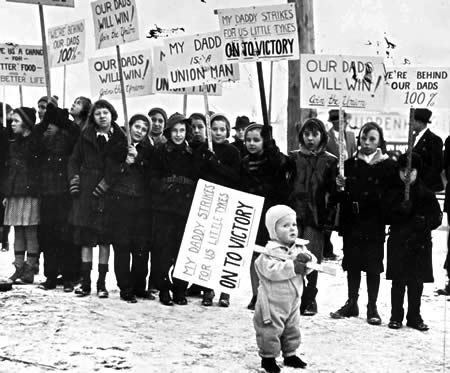 They aren’t playing nice, Why Should You?

This SCAB Labor is Worse, because they don’t have to join or pay to get UNION BENEFITS.

Time For Nice Is Over.