This song came out in 1970 and it reminded me of something out of “Hair”.

This group formed in 1967 as a blues band and with members already leaving and others coming. When they released their first unsuccessful album for a virtual unknown record label it wasn’t until they played the Miami Pop Festival in 1968 that they caught fire. Columbia signed the band.

Their first self entitled band name release in 69′ did alright, but their next in 70′ with the song’s titled album “Are You Ready” sent them on their way when it charted at #14 and the rest is history.

They always kept their blues roots that helped them put out some powerful songs. Schwartz left The James Gang to join PG&E and proved to be a fabulous addition. He excelled on guitar until the group disbanded after 1973. The back up vocals on this record in my opinion in addition to the band itself made this song a gigantic hit.

It was still the powerful soul of the day and age of Aquarius. It helped to keep the psychedelic hippie era’s flame of the 1960s burning. 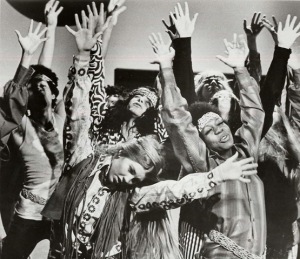 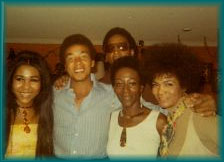 The Blackberries would go on to sing with Humble Pie in 1974.