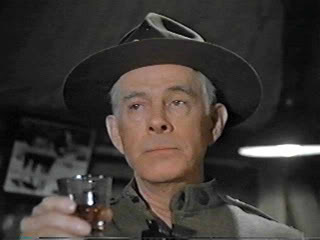 It was with great sadness to hear today that a great actor from one of my favorite sitcoms had died. Harry Morgan who in his entire career never appeared once on any talk show even when Dragnet was such a hit, because he felt why talk about himself. A rarity among actors of any stature. But my God is there a lot to talk about when it comes to this man.

Born in Detroit, Mi. on April 10, 1915 as Harry Bratsberg, acting never entered his mind. Law was going to be his career but in his junior year at the U. of Chicago joined the Group Theatre in New York City in 1937 and gained a role in the original production of the Clifford Odets play Golden Boy and never looked back. Still acting while under his birth name he played in many other successful Broadway plays along with the likes of another native-born Detroiter Karl Malden, and actors Lee J. Cobb, Elia Kazan.

He made his first movie under Henry Morgan in 1942. It would be the first out of more than 100 both on the large screen and TV. My favorite film with him was The Glen Miller Story in 1954. And saw him in so many old movies I can’t begin to count them.

Ironically when Dragnet was such a hit with adults, us at the time and for the times kids hated this show. But Harry Morgan’s character Officer Bill Gannon was definitely less obnoxious than his counter part with Jack Webb’s Sgt. Joe Friday.

At first he played a loony toons General when McLean Stevenson was still on the show as Lt. Colonel Henry Blake a role that Stevenson would always regret leaving and personally I didn’t ever think M*A*S*H* would be the same without.

But enter Harry Morgan. He took that role and made it completely his own and unlike Stevenson who felt he was being out done by others in the cast on the show. Nobody could out do Col. Potter’s role. I learned only after M*A*S*H* had concluded that the picture of his wife Mildred on his desk was actually that of his real life wife Eileen Detchon. And the Horse Sophie was actually Morgan’s own horse in real life.

The episodes of this drama/comedy series had so many good episodes and moments it would take a couple of years to gather them all up. The Christmas ones were always the saddest and Harry Morgan could make you cry watching them. Some though immediately come to mind. The episode where a last bottle of scotch was gained by him when the last of his 4 other army buddies from previous wars had passed and he was the last to survive. The one where he’s had to take a sleeping pill because of the heat and keeps getting dragged out of bed continuously. (Klinger: Boy The Bats Are Out Tonight! LMAO )

When Sophie disappears, Where Klinger practices writing Sherman T. Potter over and over again, A soldier chef that nobody can get enough of when Potters wife wants him to come home with the finale scene with Hot Lips reading the letter from her has the cast along with the viewers crying.

The one where Radar plays disc jockey all night long in a casualty filled night has to be one my very favorite. But give me a few more seconds and I’ll come up with another 50 more. LOL

So I was angry Wednesday that ABC News only gave this great actor who had such a long and successful career a lousy 15 seconds of their time to pay homage. Both NBC & CBS gave him a little more respect CBS the longest. If a so-called star of today pukes they’ll report it for 5 minutes. But because an actor was 96 and whose shows and movie history had surpassed, if you blinked the networks devoted so little time less than a minute on mentioning his death much less paying homage to his career you would have missed it altogether.

A damn shame if you ask me.

These shows today could only hope to compare with the likes of M*A*S*H*, Mary Tyler Moore Show, Maude, Carol Burnett, The Bob Newhart Show etc…

Though one thing I’ll never understand is why this mans stature as an actor never received a Star on the Hollywood Walk of Fame. There is a “HENRY” Morgan actually born Henry Lerner Van Ost, Jr. on it but this was a Radio/Comedian personality who was also born 1915 but in March, and died in 1994 of lung cancer. With Harry Morgan’s long acting career starting with Broadway, Movies & Television to me it is incomprehensible on Hollywood’s part that Harry Morgan was never presented with one.

And the stars from the past should never be forgotten or given just a few seconds when they leave this lifetime. For all of them gave such enjoyment to millions for years and thankfully still to come in reruns. They certainly deserve more time for the work and entertainment they gave us than todays untalented overpaid brats.

So in honor of one of the greatest character actor from that past that we will continue to enjoy and laugh no matter how many times we’ve seen the episodes, I say Goodbye Col. Potter you’ll never be forgotten – Harry Morgan was a Gem.

I cried for an hour after this next episode with this particular scene of all singing this song. 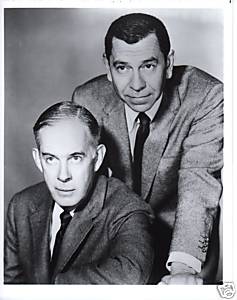 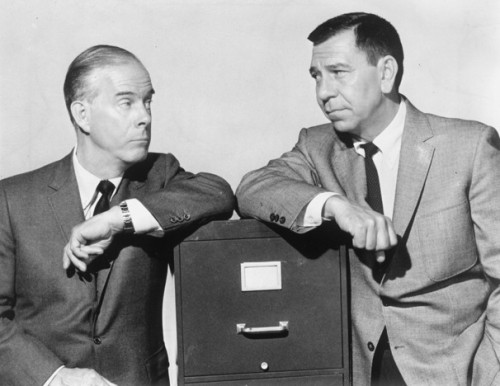 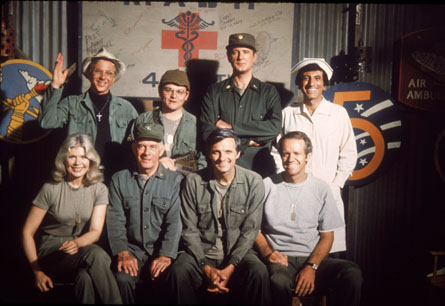 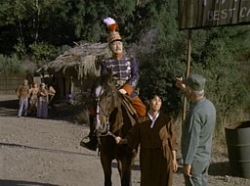 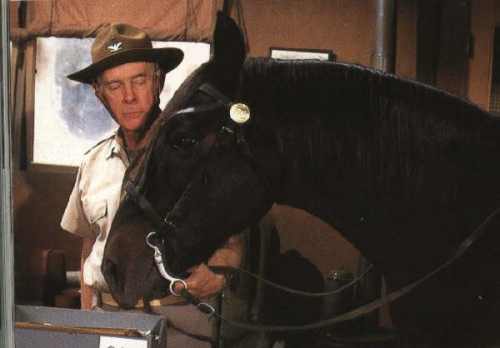 “The story you are about to hear/see is true. Only the names have been changed, to protect the innocent.”

No names changed here,
Harry Morgan will always be remembered.

So long Col. Potter and Thank You.