This video footage was from the 1962 Motortown Revue. The revue was filmed during a December 1962 week-long stand at the Apollo Theater. And yes those are the Temptations singing in the background with Mary before David Ruffin joined the group.

Mary Wells had already charted 5 singles and in reality would only have 7 more on the Motown Label.

In 1964 she recorded the only song that hit the number 1 spot on the US Hot Billboard and became her signature song with ” My Guy ” in 1964.

Ironically the money from the song didn’t go to her but instead went to promoting “The Supremes” – Where Did Our Love Go. And already having conflict with her initial contract signed at the age of 17 with Berry Gordy she wanted out of her contract with Motown Period.

Having been cheated out of money she won a lawsuit against Gordy. But sadly under the conditions to leave she was told that part of the terms of the agreement of her release was that she could not receive any royalties from her past works with the label, nor use of her likeness to promote herself.

And what that meant was that this first lady of Motown not as just a singer but songwriter she was cheated out of everything.

Her major Hits gained her ZERO in money.

In 1965 she signed with 20th Century Fox Records and produced 6 songs that all charted but she never again saw the glory of her “Motown” days.

To me Mary Wells talent and style put in what was to be the definitive structure of the Motown Sound. Her contribution outweighed many acts that followed in her footsteps. And Berry Gordy just threw it all away and literally buried Wells career in that process.

In 1990 she was diagnosed with laryngeal cancer, without health insurance she was forced to sell her house to pay the bills.

In 1991 a year before her death she would again file a lawsuit against Gordy for the royalties lost from all those early hits she made. She gained a 6 figure number which was nothing close to what “Motown” made off those precious and unforgettable hits she cemented into history for that label.

Wells has been eligible for induction to the Rock & Roll Hall of Fame, she was nominated twice in 1986 and 1987 and she has yet to achieve it. Wells earned one Grammy Award nomination during her career, and in 1999 the Grammy committee inducted Wells’ “My Guy” into the Grammy Hall of Fame, assuring the song’s importance.

Mary Wells was a pioneering force at Motown’s beginning and she should have never had to sell anything later in life because of no money. And she certainly shouldn’t have been without what she earned for the famous songs she recorded in royalties for Gordy. This man did so many people wrong and benefited from what was the true talent of all the artist’s who contributed to ” Motown”.

For it was from their voices, song writing, music and talent that created the “Motown” sound.

This Woman belonged in the Rock-n-Roll Hall Of Fame Long Ago.

Tell them that. (the Foundation does not have an e-mail address): 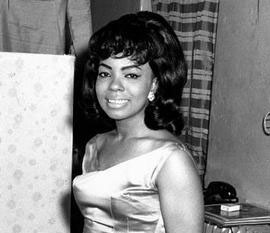