Hank Williams Jr. Puts A White Sheet and Hood On For America. Can His MNF Intro For Good ESPN.

I want him off of Monday Night Football forever.

There would be no way in my mind that these words could ever be apologized for. Williams already attempted to do exactly that after ESPN pulled his intro spot for last night’s Monday Night Game. Saying in part: claiming he was simply “misunderstood” when he compared Barack Obama to Adolf Hitler.

Then added “Every time the media brings up the tea party it’s painted as racist and extremists – but there’s never a backlash – no outrage to those comparisons.

Gee Hank I wonder why? Your words seemed pretty self-explanatory.

And of course you can see what News Network had him on as a guest. And that figures as well.

I have lost every ounce of respect for this man and I’m removing the few music video’s of his I have posted within this Blog-site of mine.

This country had the most disastrous President and Vice President for 8 years in this country’s history during Bush/Cheney. They caused more deaths putting our troops in the wrong venue after 9-11 than 9-11 in Iraq, got us into a second war with Afghanistan that has cost this country trillions of dollars. But more importantly spilled the blood of our American troops for nothing. Iraq was unjustified period.

Osama Bin Laden was solely responsible for 9-11 not Saddam Hussein. And Hank Williams Jr. wants to talk about a DICTATOR?

Bush and Cheney put our troops in harm’s way not Hussein. And Cheney the nut case wants President Obama to apologize to HIM over his torture methods siting it was He not Obama responsible for the latest killing of an American born Al Qaeda leader. This is the sickest demented views that have come into play since Bush and Cheney took office and was hell-bent on destroying what ever values America once had. It was John McCain and the Keating Five that headed deregulation in the housing markets allowing for people who couldn’t afford a loaf of bread let alone a house mortgage to get one anyway. Years later Wall Street collapsed never thinking for a moment that all these people they allowed to gain that mortgage wouldn’t be able to pay for it. And the Bush Presidency left all of this disaster for whomever would be the next elected to that office.

So who in the hell is Hank Williams and others who think like him trying to kid here. I don’t know that Barrack Obama has murdered any of his own countries people like Bush and Cheney. Isn’t that what defines a dictator like Hitler?

Or have all of a sudden the Republicans gotten a conscious, because since this latest terrorists killing now they are ranting what the President did was against the constitution. REALLY?

So it was OK to declare war in Iraq where we lost over 4,000 American troops lives, but now they are upset over a single terrorist death because he was American born? Or is it the fact that their President didn’t get Bin Laden or any other terrorist who has followed. Sounds like Cheney is damn mad and now wants this President to take back his words on the previous administration and Thank Them.

Give me a damn break with all of this shit. If Bush and Cheney still reigned Republicans and their off spring Tea Party would be dancing in the streets over the killing of any of our enemies. These demented people now are angry because it wasn’t Bush that got them but President Obama. But by all means it was because of their TORTURE METHODS that we are now getting to these people.

And we have dumb idiot red necks on the Fox Noise Network now proclaiming our present president is Hitler.

Well I say to ESPN if you have this idiot on next week or any week after then you are in fact agreeing with this madness. Enough is Enough.

This is why this President will not be allowed to accomplish one damn thing with this same sick twisted mindset of all these Republicans who would rather see America fail completely as long as they can make Obama to appear worst than what we indeed had for 8 miserable long years with Bush. And in reality this is exactly what they want back in the White House.

Hank Williams Jr. is a drunken fool and represents exactly his idiotic statement of “Every time the media brings up the tea party it’s painted as racist and extremists, I mean what the hell else can we think of them.

Williams has defined these exact words down to the tee.

Are You Ready For Some Firing?

Hank Williams Jr. represents the trash of the country so just stay drunk and live inside your own realm of stupidity as long as you’re off the TV airwaves. They can play football without the likes of your sick views blaring as an opening.

I believe these folks come from your neck of the woods Hank. If this isn’t one sick twisted way of depicting a religion. 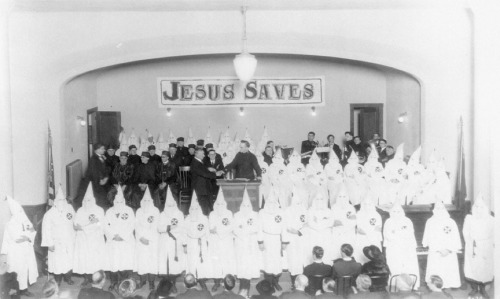