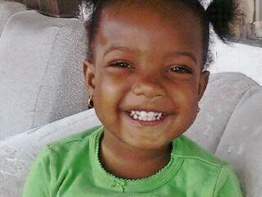 Where is Hypocrite Al Sharpton on Detroit’s Deadly Weekend of Aug. 12-13th?

This piece of hypocritical starved for attention racist likes to crawl from out of the woodwork like a cockroach when it only suits himself for when the spotlight can be shined solely on him. But should the death of anyone regardless of age or color put this idiot in one?

Blacks need a wake up call.

Sharpton made his presence know when 7-year-old Aiyana Stanley-Jones was killed in a police raid.

Still calling himself a servant for civil rights. Well Mr. Nobody, there were 16 human beings shot with-in a 24 hour period on August 12-13 from which 7 died and none of them were shot to death by cops. Black or White.

You see Sharpton and his counter-part Jesse Jackson like to make a lot of noise only when the police are involved in the deaths of any black even more so when the cop is white. Yet when blacks slaughter other blacks on a daily and nightly basis 24/7 365 days a year, these two hypocrites are nowhere to be found.

On issues like this violent August Detroit Weekend where all the victims and shooters were black. Where is his or any other voice who calls themselves servants of civil rights on these shooting victims  rights who were shot and killed?

The congregation of the Second Ebenezer Church stood and applauded Sharpton at this little girls funeral in May, proclaiming  “This child is the breaking point.

From 6:00AM Friday August 12 to Saturday 6:00PM ( and I originally did a blog on the horrendous reporting from all news sources from Newspaper & the TV flip side, posted August 14, 2011 · 3:37 am). But the Detroit News didn’t add the more information part and the breakdowns of the shootings until later in the PM of that same day I posted the blog.

8:12 a.m.: In the 16700 block of Biltmore, a 36 year-old man was approached by the suspect who fired shots that killed him. The suspect fled on foot. Police are searching for a 30-year-old male.

6:50 p.m.: In the area of Dexter and Davidson, a 20-year-old man was walking to the basketball court when the suspect in a vehicle pulled up and fired shots. The victim received a gunshot wound and was listed in temporary serious condition. The 24-year-old suspect escaped in the vehicle

7:55 p.m.: At Warren and St. Antoine, a 40-year-old man was traveling at a high rate of speed when he struck a pole and tree. The victim was taken to a local hospital and died. He had received a gunshot wound to the body. The suspect is unknown.

9:00 p.m.: At Harper and Bluehill, a 14-year-old boy told police he had an altercation with a suspect driving a vehicle. The suspect fired shots and escaped in the vehicle. The victim was struck and listed in temporary serious condition. The suspect is unknown.

Saturday, Aug. 13
— 12:01 a.m.: In the 200 block of W. Greendale, a backyard party was being held to celebrate the return of a person who was just released from prison. During the celebration, shots were fired and five victims were struck. A 16-year-old boy was killed, an 18-year-old male is in series condition, a 16- year-old boy and 18-year-old man are in temporary serious condition and a 19 year-old male is in stable condition. The suspect or suspects are unknown.
1:50 a.m.: In the 17300 block of Greenfield, several suspects approached a 20-year-old man as he changed a tire. As the suspects attempted to rob the victim, he ran. The suspect(s) fired shots, striking the victim. He was listed in serious condition. The suspects fled from the location.

3:25 a.m.: In the 9000 block of Robson, a 21-year-old man attempted to assist his mother during a physical altercation with the suspect. The suspect fired shots, killing the man. The suspect fled the location. Police are seeking a 39-year-old male suspect.

6 p.m.: Saturday in the 4600 block of Coplin while he and an 18-year-old boy were playing with a gun that went off. The bullet struck the 14-year-old, killing him.

Originally it was reported on WXYZ video that one of the shooting victims crashed right into Firehouse Ladder 19, which doesn’t seem to be reflected in the Detroit News breakdowns of events.

http://www.wxyz.com/dpp/news/region/detroit/detroit-police-investigating-double-shooting-on-city%27s-east-side
And My Fox Detroit video originally stated a 17-year-old girl was among those shot and killed. Also not reflected in News article.
Detroit Police Chief Ralph Chief Godbee Statement:
http://www.wxyz.com/dpp/news/region/detroit/a-deadly-night-in-the-city-of-detroit-with-a-total-of-15-people-shot,-6-killed
Other than the 14-year-old  Dontavis Jones  the other victims and dead of this deadly 24 hours names were not given.
So where was the good reverend Sharpton on these victims. No rallying cry or sermon and why not? Were their lives so valueless? Or was it the mere fact that a Police Officer wasn’t in the picture of any of these shootings?
I will never forget when crack head dope dealer Malice Green died in 1992. With a rap sheet a mile long then the epitome of the word racist Detroit’s at the time Mayor- Coleman Young blasted the police stating that Green was “literally murdered by police” on national television less than 72 hours after the incident, before any investigation had been concluded. He also stated that the “wrong” verdict in the case could cause riots similar to those in Los Angeles after the Rodney King incident.
And the outcry from this piece of garbage’s death. Yet just two blocks away from where Green died another young black man died and I also remember his father on the TV and Newspaper side of the news asking ” what about my son ” doesn’t he count? Not a word was said on the news about my son. That’s right sir they didn’t.  In essence because according to the very same blacks and civil right servants who were protesting a dope heads death because it involved Police, your young black son who was shot to death by another black man really sadly didn’t count. And I don’t know which was sadder.
All I know is ever since Coleman Young turned my hometown into a war zone essentially giving Detroit its title, ” Murder Capital Of The World ” this insanity has never ceased for a moment. Young’s synopsis upon winning his Mayoral status of how he was never going to let any young black males be treated again supposedly the way he was treated by the police when young literally set the stage for what is still ” The Slaughter ” some 37 years since he took office.
This mindset of your only suppose to be in a rage if a black is killed by a cop mentality must at some point end, because the reality is if the only blacks in this country that were killed every year was by the hands of the cops, white, black or blue then we may only have about a couple of hundred instead of the thousands of blacks that go to their graves for what has been a yearly basis for the last 3 decades.
Every single male, female, whether young  or old who was shot during this 24 hours with 7 of those human beings dying was a worthy life. But strangely I never heard one single outcry or protests in the street. No NAACP, Al Sharpton, Jesse Jackson and what has been predominantly out spoken Detroit clergy such as  the Rev. Horace Sheffield’s.
Instead total silence. Some minor speeches at best about how to stop the violence. And how long have we all heard this? Years… Yet the shootings and killings go on almost each and every single day here.
In the 1960s a lot of people got their brains beat in both black and white who jumped into the Freedom Riders for civil rights. And many went to their deaths like Michael Schwerner and Andrew Goodman, both white New Yorkers and James Chaney-black from Mississippi by the hands of the KKK.
They fought so they could live in some sort of civil peace without being called niggers and other derogatory names, to go to any school they choose, live in any neighborhood they choose, eat, drink, to have the simple plain decency to go to the bathroom that didn’t have a sign of black or white on it.

James brown said it right in the 1990s when he told this same Al Sharpton, when the hell did we go from “I’m Black And I’m Proud” to calling each other niggers and ho’s. Because in reality this is what all this violence adds up to. Absolutely no self-respect let alone respect for any others and think nothing of calling themselves what so many died trying to stop.

Sadly for the last 3 decades more blacks have killed each other than the hideous number the Klu Klux Klan killed in 125 years. Blacks themselves picked up where the KKK left off. Voluntarily and more than willingly.

Rosa Parks might have made history with what had already been actually done by many other blacks before her on a bus, but maybe if with as equally heated coverage when she was beaten and robbed in her own home decades later by two young black males. Maybe what she actually accomplished in 1955 for black civil rights then, she and same NAACP and the good black reverends could have also put a light on how they were being stripped away again now. But this time not by whites but by blacks and just maybe it could have again set the standard of the self-pride that Coleman Young and so many like him spit on just 19 years later that has turned into 37 more years of non-stop black on black violence.
And there wouldn’t be a realm where people would want to shoot 16 people and kill 7 of them in a 24 hour period.
We are indeed at War and it is disheartening for all of us regardless of color.

Released in 1971 off the self entitled album.

Father, father
We don’t need to escalate
You see, war is not the answer
For only love can conquer hate
You know we’ve got to find a way
To bring some lovin’ here today

In the mean time
Right on, baby
Right on
Right on

Father, father, everybody thinks we’re wrong
Oh, but who are they to judge us
Simply because our hair is long
Oh, you know we’ve got to find a way
To bring some understanding here today
Oh