When Jimi Hendrix was asked after Woodstock how it felt to be the greatest guitar player in the world. He replied I don’t know ask Rory Gallagher. Well there were a few more that exuberantly displayed their talent without the glory and just mere mentions.

Gallagher was a phenomenal player and among the others of that era Peter Green also shined. It was the very early muse from Fleetwood Mac that would stay with me through life. It was there first two sole “Blues” albums that set my stage for this band.

Peter Green had left John Mayall & the Bluesbreakers to form F.M. in 1967. Very few seem to know ( and I don’t know why? ) that Santana’s ” Black Magic Woman ” was written and performed by Green first. But Santana’s slightly differing latin arrangement with a little more psychedelia gave the song what it needed to make it an even huger hit for them two years later in 1969.

Still Peter Green’s version was mighty powerful in itself.

Green dropped a deluge of acid in Germany between F.M.’s first appearance in July 1969 opening for “Ten Years After” at the Schaefer Music Festival in N.Y. and by time the band returned in 1970 for the same festival. Green’s experience with tripping for good or bad on a continuous basis had brought and contributed to his onset of schizophrenia.

By late 1970 Green’s mental stability had further declined and wanted to give all the bands money away to charity. Obviously the rest didn’t agree with that thought process and Green left the band that he had formed soon there after which was unfortunate.

To me this was always F.M.’s best line up long before the era of Stevie Nicks and by time the late 70s rolled around Fleetwood Mac was a completely different sounding band altogether.

But it was their early Blues 1960s beginnings ( Originally called, Peter Green’s Fleetwood Mac ) led by Green that achieved their number one UK hit “Albatross” and their greatest success as a group not soon forgotten by the likes of many. 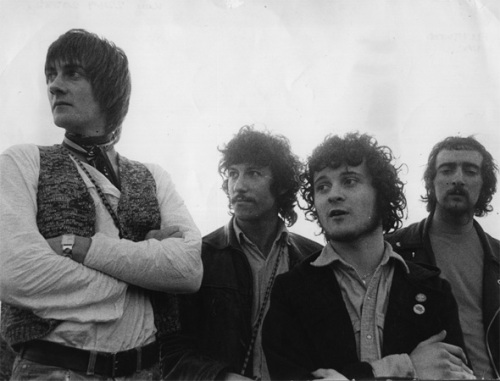 B.B. King once said of Peter:- “He has the sweetest tone I ever heard; he was the only one who gave me the cold sweats.”