This is an Update of this story that took place in February. Details on above link.

Today in court Finkler pleaded no contest which as far as I’m concerned is a legal way of not admitting guilt nevertheless the plead is exactly that.

Finkler slashed the throats of a Quarter Horse and a 6-year-old Palomino named “Gambler,” police said.

Finkler pleaded no contest to two counts of torturing and killing an animal and a charge of malicious destruction of property.

OTTAWA COUNTY – Dennis Finkler, the man who slit the throats of two horses as retribution for his belief that his wife was having an affair with the man who ran a stable where they housed the animal, has pleaded no contest to the offenses.

Investigators said Finkler, 47, had a jealous fit Feb. 11 over his perception of a relationship between his wife and the man where they boarded her 12-year-old Quarter Horse, “Mr. Total Package.”

He argued with them at the stable along 8th Avenue in Jamestown Township the night before the animal slayings, investigators said.

Finkler left after the 11 p.m. dispute, but returned in the early morning hours and killed the Quarter Horse and the man’s 6-year-old Palomino named “Gambler,” police said.

Finkler pleaded no contest to two counts of torturing and killing an animal and a charge of malicious destruction of property.

The plea is not an admission of guilt, but is treated as such for sentencing purposes. Ottawa Circuit Court Judge Jon Hulsing reviewed a police report as the factual basis for the plea. Hulsing will sentence Finkler on July 5 and the man could be ordered to five years behind bars.

Police said the Palomino owner called authorities when he found the animals dead in his stable while going to the area to do chores associated with the horses. The boarding area is separate from the man’s residence on the property, police said.

The man told arriving officers that Finkler had left angry late the night before. Finkler, a Conklin area beef cattle farmer, was arrested at his home about 26 miles from the scene of the crimes.

Authorities said the horses had a value of about $20,000.

Court records show Finkler and his wife are divorcing.

Could be sentenced to 5 years?

My justice would be slashing his throat and leaving him to die in the same manner of those two helpless horses. And a horse dies more slowly bleeding out. Let this bastard feel what he made those horses feel. I have no sympathy or compassion for such a vicious and cowardly act on two animals that were just standing in their stalls peacefully sleeping. When a monster decided that they shouldn’t live anymore.

Two beautiful gentle horses dead for no other reason then a miserable bastard who shouldn’t even be in existence.

This is one sorry heartless coward that hopefully will suffer an even more vicious fate one day. 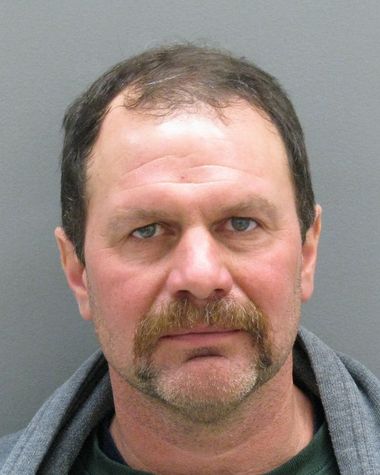 I will post on the July 5th Sentence, but there won’t be any justice big enough to give to this loser for such an act.

Do the whole world a favor and off yourself. There will be no tears shed for you I guarantee. By anybody.