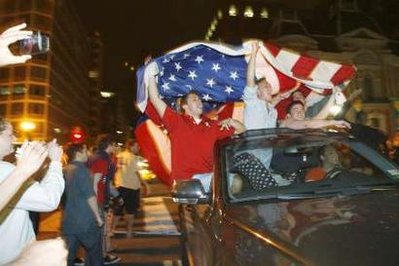 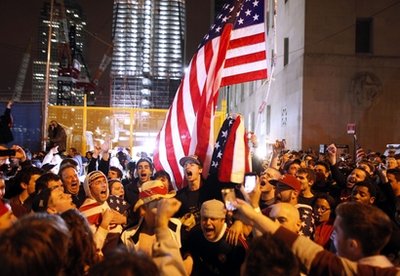 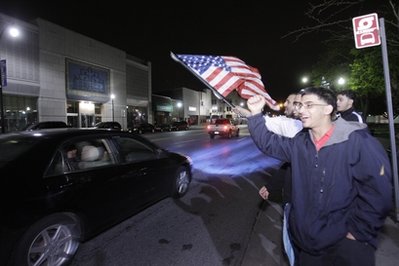 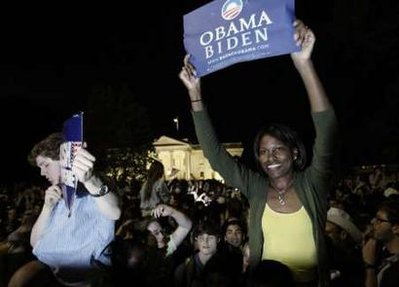 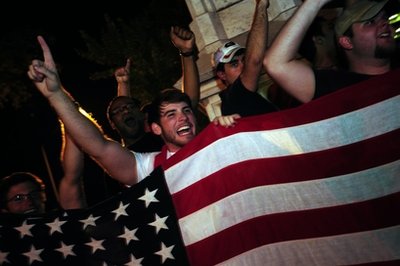 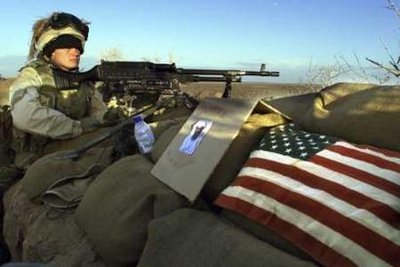 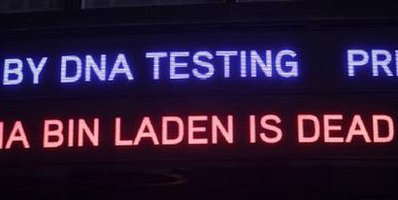 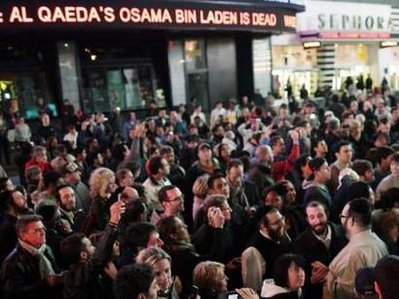 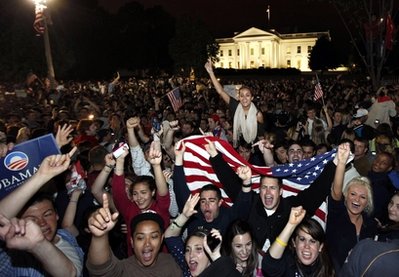 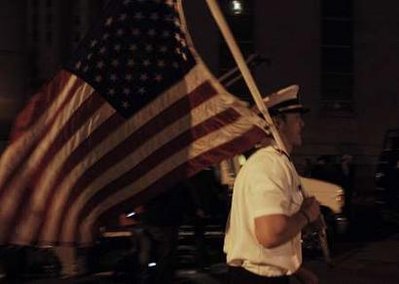 Are you shocked by the news that Osama Bin Laden has been killed, nearly 10 years after 9/11?

Yes, I never thought we’d get him

No, it was only a matter of time

Justice was done Sunday night. When President Barack Obama stepped before a waiting global audience to announce the final capture and killing of Al Qaeda leader Osama Bin Laden, the nation and the world rejoiced – along with a few notable names.

“This is a profoundly important moment not just for the families of those who lost their lives on 9/11 and in Al Qaeda’s other attacks but for people all over the world who want to build a common future of peace, freedom, and cooperation for our children,” former president Bill Clinton said in a statment.

“I congratulate the President, the National Security team and the members of our armed forces on bringing Osama Bin Laden to justice after more than a decade of murderous Al Qaeda attacks.”

Former George W. Bush also sent his congratulations to the White House, saying in a statement: “Earlier this evening, President Obama called to inform me that American forces killed Osama Bin Laden, the leader of the Al Qaeda network that attacked America on September 11, 2001.

“This momentous achievement marks a victory for America, for people who seek peace around the world, and for all those who lost loved ones on September 11, 2001,” he continued. “The fight against terror goes on, but tonight America has sent an unmistakable message: No matter how long it takes, justice will be done.”

Earlier in the evening, President Obama announced that the terrorist leader had been tracked down to Islamabad, Pakistan and that in recent weeks, special forces led an operation to close in on the compound where he had been hiding.

The United States has proof of the kill, sources told the Daily News.

In New York City, where many families were directly affected by the Sept. 11 terrorist attacks, Mayor Bloomberg expressed his thanks to the men and women who worked tirelessly to orchestrate the historic event.

“After September 11, 2001, we gave our word as Americans that we would stop at nothing to capture or kill Osama Bin Laden,” he said in a statement. “After the contribution of millions, including so many who made the ultimate sacrifice for our nation, we have kept that word.

“The killing of Osama Bin Laden does not lessen the suffering that New Yorkers and Americans experienced at his hands, but it is a critically important victory for our nation – and a tribute to the millions of men and women in our armed forces and elsewhere who have fought so hard for our nation. New Yorkers have waited nearly ten years for this news.

“It is my hope that it will bring some closure and comfort to all those who lost loved ones on September 11, 2001.”

Police commissioner Raymond W. Kelly also responded to Obama’s announcement: “The death of Osama Bin Laden is a welcome milestone for the friends and families of those killed on 9/11, and for all who remain tenaciously engaged in protecting New York from another attack.” 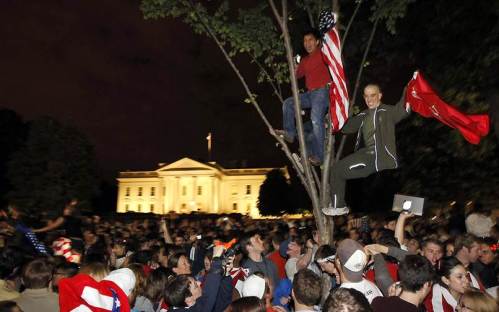 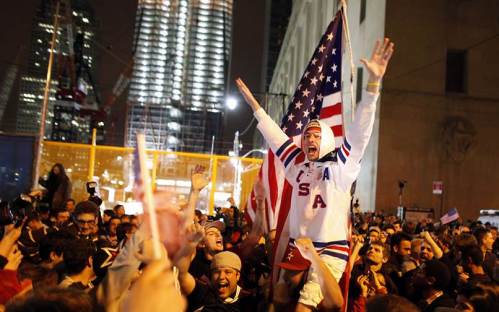 Some will say it is wrong to celebrate in such a  jubilees manner of the death of anybody and on this occasion I will say tell it to the family members of the victims of 9-11. Tell it to the New York Fire, Police & Port Authority. Tell it to the Arab Americans in Dearborn, Michigan and around this country that loathed that piece of garbage who waged a war in the way where his own fellow Arabs were ashamed and fearful they would be compared to him. Tell it to the American Troops that fought and died in Afghanistan who sought after this pathetic human being for almost 10 years.

To those that were in the planes being flown by madmen to the people in the buildings they struck, and to those that perished attempting to save them. And it angers me thinking had only the former President & Vice President focused on only Afghanistan and that territory they knew he was instead of sending our troops off in a place they knew he wasn’t, Iraq. The senseless deaths and the murdering of our Americans in Troops that soared past the number that in-fact died on 9-11.

George W. Bush & Dick Cheney chose to go after another dictator who never had a thing to do with 9-11. That in itself was just as  insane and a unjustifiable move. Even after he was hung they just let our troops hung out to dry in Iraq.

President Barack Obama when taking office said enough. He pulled the majority of our troops out of Iraq and focused on where all of them should of been from the start. Then maybe it wouldn’t have taken this amount of time to get Bin Laden. Wasted time, Wasted Trillions of dollars, most importantly Wasted American Blood. Our focus should have been Osama bin Laden and only Bin Laden.

Well Thank God we had a change of leadership in 2008. John McCain gave a speech if elected stated he would never pull out of Iraq. Well again Thank God he wasn’t elected. President Obama achieved in two years what Bush & Cheney couldn’t accomplish in 7 and 3 months. And that was getting the leader of the insanity stopped, caught & killed. Bush was to busy letting his VP run all over him as that VP was so out of control he was getting drunk and shooting his own friends in the face.

Well this present President got the intended target right. Thus 9 years and 8 months later we  finally celebrate getting this demon off of the face of earth. So yes America Celebrates from New York to L.A.

As among the pictures you can see the smiles of the N.Y. Fire Dept and the hugs of solidarity having waited for this moment for way too long. Let us not forget that many of these individuals do not smile and celebrate without the views of their lost love ones and co-workers who are still very vivid in their minds today. I’m sure the cries were heard among them. But now at last they at least  know the responsible person has finally been brought to justice. So the tears of what has been total sadness can now be mixed with some tears of  joy in knowing those lost are giving them the thumbs up and maybe, just maybe some can finally rest knowing that what went around, finally came around. And the sane world is rejoicing because of that reality.

Arab Americans celebrate the news of the death of Osama Bin Laden in Dearborn, Mich., early Monday, May 2, 2011. President Barack Obama announced Sunday night, May 1, 2011, that Osama bin Laden was killed in an operation led by the United States. (AP Photo/Carlos Osorio)

DEARBORN, Mich. (AP) — As news spread across the heavily Middle Eastern suburb of Dearborn about Osama bin Laden’s death late Sunday night, some honked their car horns in celebration as they drove along the city’s avenue of Arab-American commerce, where most of the restaurants, cafes, bakeries and shops are located. A few miles to the south, more gathered outside City Hall, chanting “U.S.A.” and waving American flags.

“It’s a special day for us to show Americans we are celebrating, we are united,” said Ahmed Albedairy, 35, of Dearborn, who came to the U.S. from Iraq in 1996 and was one of about 20 people outside City Hall after midnight. He said it was important to celebrate the “death of the evil Osama bin Laden” in “the center of Dearborn.”

At the Arabica Café, the big screen TVs that normally show sporting events were all turned to news about bin Laden.

Leila Hussein, a 24-year-old waitress at the café, says she learned of the extraordinary development from a customer who asked if he could turn the TVs to a cable news network. About a dozen people inside the restaurant watched as President Barack Obama said bin Laden was killed in an operation led by the United States.

Café manager Mohamed Kobeissi said it’s finally justice for the Sept. 11 victims. The 54-year-old lifelong Dearborn resident said he also feels safer, both as a Muslim and an American, because the mastermind behind the attacks is gone.

“We felt we got relief by him getting killed. Thank God, finally, it’s a done job,” he said. “I think by seeing him out of our life gives us comfort. At least no big harm will come to the Muslim community in the U.S. from him or people like him.”

Dearborn is home to one of the nation’s largest Arab and Muslim communities. Roughly one-third of the 100,000 residents trace their roots to the Middle East.

One response to “CONGRATULATIONS PRESIDENT BARACK OBAMA &U.S. TROOPS. TO NEW YORK WITH LOVE, IT IS DONE!!! OSAMA BIN LADEN IS DEAD.”