Another Republican gone awray into this Brew called the Tea Party…A.K.A. Republican Party. 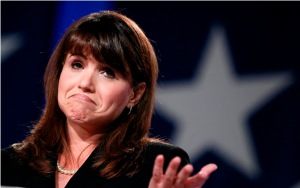 Christine O’Donnell has lied about her education.

This week, questions were raised about whether O’Donnell had falsely suggested on two online business networking sites, LinkedIn and ZoomInfo, that she had attended Oxford University in England, when in fact she had simply attended a summer program there under the auspices of the Phoenix Institute.

Over and over now to the point of she’s now hiding from ALL media.

Her personal life describes CONFUSION like a bad Acid Trip.

O’Donnell came to a turning point during her college years when she found herself drinking excessively and having sexual relationships. She became an evangelical Christian, chose to live a chaste life, began preaching sexual abstinence and joined the College Republicans.

O’Donnell has been described as a former Catholic turned evangelical Christian. She has said that she now attends both Protestant and Catholic services. She has stated that she prays on every decision she makes and that during the 2006 primary she “heard the audible voice of God”. Oh Brother another Another Jerry Farewell and Pat Robertson kook.

Do you realize the mast majority of these Born Again Christians are former Dope, Booze and Sex addicts. But now they want to preach to people who weren’t Dope, Booze or Sex Addicts. Or Dabbled in Witch Craft!

Oh my who’s the next loser this Tea Party will build up to be their Hero? From Air Head Sara Palin to now her clone Christine O’Donnell. Every single one of these people they follow seem to be covered in some kind of controversy. Lying about their Education, Not Paying their Bills. And ALL claiming to be CHRISTIAN, CHRISTIAN, CHRISTIAN!!!

So Christian that they Lie, Cheat and attempt to trash other people’s good names. See others don’t have to jump to this so-called rant ” Born Again Christian ” phrase. Because most were not or have never been liars, cheats, former or present Dope, Booze and Sex Addicts. And the most hilarious moment I can gather to say about this woman is she of course appears on Fox Noise regularly. And of all people? Bill ” I’ve Been in Combat ” O’Reilly say’s he’s got dirt on her too!

A woman proclaiming abstinence and Born Again mixing with the King of Perversion? Give me a break here.

Bill O’Reilly’s got Dirt? So does Andrea Mackris, Ahhh but she swore to total secrecy when she got about $10 Million out of O’Reilly to keep quiet.

I could care less what this woman has dabbled with or in. Someone I know kids are both Wiccans that believe in this mental instability as well. But I have to laugh since they’ve been trying to make me disappear for 5 years, yet I’m the one who has succeeded in this endeavor making at least one of them do exactly that. Man how Truth make some run away! And with lightening speed. If I knew how fast that worked, I would have expressed such truths years ago! It probably would have saved a man his home. Well i guess when one can’t even take care of a dog, you pretty much know they would never be mature enough to take care of an aging parent even though he certainly provided them one into their 40s. One has to have self-esteem and respect for themselves first. And a Soul.

Look some people are trying to run away from themselves but still haven’t figured out yet, wherever they go their inner demons follow. And they’ll run until they die. Truth scares the hell out of people, and when they don’t want it found out what liars they truly are they run and hide. Embarrassing one’s self is the worst that can happen to yourself. The immature relish in it, because they’re too stupid to figure out that they are still children never ever going to mature. I mean when you get past a certain age and still haven’t grown up, what can I say. I predict they’ll either die of a drug overdose or commit suicide. People who deep down loathe themselves to the desperation of blurting out one attempt after the other trying to trash others to hide what is fact about them, pretty much self destruct. You don’t have to do a thing to them for they will accomplish that deed themselves.

There is a quote by Mason Cooley. ” For many, immaturity is an ideal, not a defect.

It’s better for them to disappear than to face the damage and hurt they’ve created. And this sounds exactly what Christine O’Donnell has done to herself. She has lied about everything concerning her and now the whole world is finding that out. Losers do this. They try to promote a different image of themselves contradictory to what their real life story has been about. They dictate a different version to mask their vast imperfections. When Truth has been found out they’ll Lie, Hide and Run away. And for the most part that is a good thing for the honest people who believed their lies, or ones who knew they were liars to begin with but went along with their delusions just trying to get along with them.

Me, I’ll call people out on it every single time. Sooner or Later if they haven’t exposed themselves already, as in people already knew they were full of shit. They do now! I don’t need to get along with these low life’s. Exposure rids them from you. And to me its worth it’s weight in gold.

And O’Donnell and people like her sooner or later will have to answer for these lies on education, responsibility of finances or responsibility period. And atone completely from the different aspect of their personality they are now hiding and running from but tried to masquerade it. It’s either Face the Music and at least try to explain and apologize or lose period. But these kinds of people have lost anyway, having had to lie about themselves to begin with. Creating a prominent image or portrait of themselves they’ve never been yet having the audacity to point fingers at others.

Sad Miserable Souls if you ask me. All I do know is no one can Hoodoo you but YOU.

Some that have going away parties, don’t understand that all the attendees are not there because they’re going to miss you. Some attend it because it is a celebration for them that you are indeed just leaving, and they don’t have to look at you or listen to anymore of your lies. As in Goodbye and Good Riddance! They know exactly who you’ve been for years, so you’re not kidding anybody here?

Sorry though for the next bunch that encounters you and actually get duped believing what comes out of your mouth and that pathetic twisted brain. Madness is so misunderstood by the crazies. LOL

So, Stay tuned for the Sara Palin, OOOPS… Christine O’Donnell soap opera. As far as the Tea Party goes, slow down with the drugs and maybe just once you’ll get one right. This party completely stands for that saying, The Blind leading the Blind.

They are truly living in the land of oz. 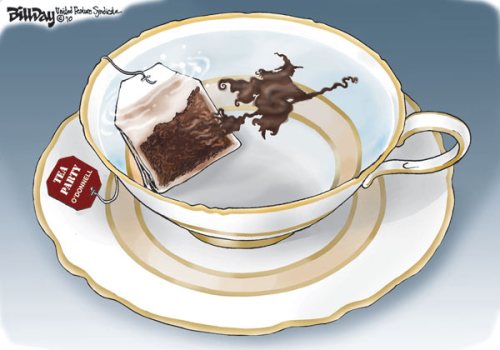 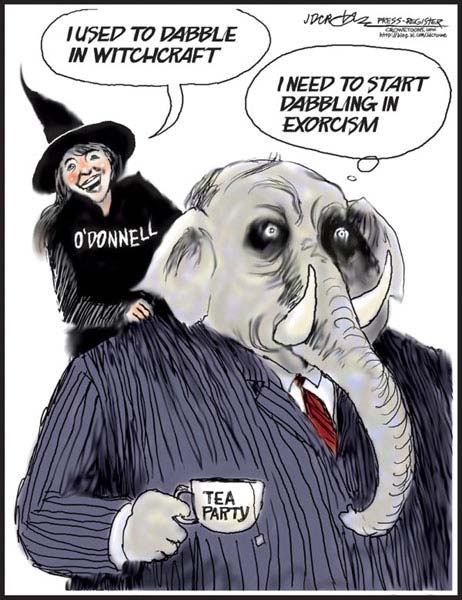 Can’t wait for, DING DONG THE WITCH IS DEAD! And there are many.

Filed under MUSIC, News, Politics, Song of the Day

Tagged as Christine O'Donnell, Donovan, Season of the Witch, Song of the Day, Tea Party, Witchcraft